Progress in the World Radio Show: 14 Things the Courts Ignored When Turning a Baby Over to Her Abuser 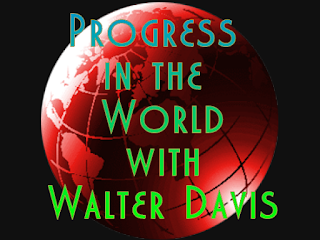 “SAVING MADI”
Between 2003 and 2011 little Madi was sentenced by the Family Court of Columbia County Arkansas to unsupervised visitation with her father whom was a substantiated sexual abuser in Louisiana.
The father was not substantiated for abuse on the same set of facts in Arkansas, where the abusers father had served as a Judge on the Arkansas Supreme Court and worked as an attorney. Business connections with members of the Arkansas Attorney General's Office protected the abuser from prosecution and therefore from being kept from asserting rights to visitation and sexual contact with the child.
At the onset of forced visitation with her father Madi was screaming, crying and clinging to her mother's leg to keep from being passed over to her father. In Mar.'06 the child was taken to the pediatrician for chaffing and severe rashes in her “private area”
The mother had no idea of what was happening to her child. She asked naive questions
that the abuser must have been laughing about behind her back.
The father owned several well known bars that had the reputation for serving drinks with date rape drugs served to young women who attended the bars.
The health department was involved in investigations as was the drug task force of the FBI. The bars were shut down for “non payment of sales tax”.
Despite the fact that the perpetrator was caught with a counterfeiting plate, he was never prosecuted. Despite the fact that there was hard evidence of drug trafficking, possession of drug paraphernalia, possession of pornography, the Arkansas authorities continued to cast a blind eye.
The perpetrator continued as untouchable – even admitting to all criminal actions.
Columbia County authorities stated to the mother of an ex wife of the perpetrator who was fighting for custody of her son, “We will bankrupt you if you keep up” seeking court action against our client”.
The mother in question attempted to pursue custody of her child based on ample evidence. The mother lost her home, her personal finances and her child. The perpetrator was given custody of the child, was able to leave the state of Arkanasas to move to Missouri, where he is supposed to be on a sex offenders list, but isn't.
Madi's mother and grandmother joined forces along with other unlikely forces to protect Madi as much as possible from abuse during forced visitation with her father.

Please contribute. We need your help.
https://www.gofundme.com/stopthe-injustice
Consider purchasing a bracelet here and wearing it for funding and awareness.