Arkansas Focus: Why We Do It 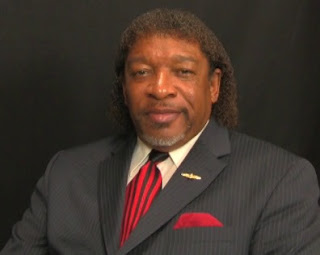 My name is Walter Davis AKA Demanding Justice I am an advocate for citizens all over the world.

We are going to STOP judges, law enforcement and CPS/DCFS workers in Arkansas who feel that they can get away with putting children into the hands of abusers.

We are mustering INTERNATIONAL ATTENTION TO THEIR CRIMES AND WE ARE GOING TO EXPOSE THEM...then move on to other criminals in the Injustice system.
We are asking for your help.
Together, we can defeat these criminals that are supposed to be protecting us and our children. We are simply not going to take it and be quiet.
I know you have your own issues. We need to win these cases a few at at time, build momentum and make the NATION aware of the criminal action in our courts.
Most people do not find out until it is too late, when they are broken and broke. It takes TENS OF THOUSANDS OF DOLLARS to simply FILE appeals....even if you GET A PRO BONO ATTORNEY.
Do not wait. Get involved. Listen to this and other shows that we have produced.
http://www.blogtalkradio.com/progressintheworld/2015/11/29/8-issues-to-be-aware-of-when-dealing-with-children-whom-are-sexually-abused

Help us fight back!
Make a $6 monthly donation to help us pay for our expenses, filing fees, media at http://www.citizensdemandingjustice.org I am currently paying out of my own pocket and it is overwhelming...I am answering phones, scheduling shows, paying for my air time...coordinating guests.....I need your help! Your donations will be divided by the Foundation for Child Victims of the Family Court, The Law Project and Optin, and our media services.

Why should you care and support us?


Look at these success stories:
After our coverage of Irina Vikotorovna Vinogradova in New Caledonia, France 24 and Russia Today television picked up the story. Donations came in and Irina escaped to Russia and an abusive husband.
http://www.citizensdemandingjustice.org/search/label/Irina%20Vikotorovna%20Vinogradova


See how our heros are helping people worldwide.
Allison won Marianne Goldoboldo’s landmark case in Michigan, changing the laws for that state so that officials can no longer FORCE kids to take psychotropic drugs.
http://www.citizensdemandingjustice.org/search/label/ALLISON%20FOLMAR


Jill Jones Soderman has an excellent track history of getting kids back from abusers as founder of the Foundation for Child Victims of the Family Court.
http://www.citizensdemandingjustice.org/search/label/Jill%20Jones-Soderman


Attorney Zena Crenshaw founded The Law Project and she has programs that are helping and have the potential to help parents and other citizens worldwide.
http://www.citizensdemandingjustice.org/search/label/Zena%20Crenshaw


Opt IN USA is a grassroots U.S. foreign policy reform campaign.  Our goal is U.S. ratification of provisions (known as Optional Protocols) that would empower Americans to seek international review of human rights violations by U.S. government officials.


At present the U.S. is a party to key human rights and anti-torture treaties that Americans cannot enforce against U.S. officials.  The predicament is particularly troubling for targets of The Third Degree (TTD), a distinct pattern of persecution and mental torture imposed through U.S. legal system abuse.  TTD aligns with complete failures of judicial oversight in America.

Not everyone subjected to persistent U.S. legal system abuse becomes a target of TTD. For example,

some people are so incapacitated by child protective services (CPS) and/or family court abuses that persecuting or torturing them via TTD becomes unnecessary.  TTD is generally reserved for persistent U.S. legal/judicial system critics.
However, the U.S. likely violates its human rights and/or anti-torture treaty obligations by failing to adequately curb any form or degree of entrenched legal system abuse.
Legislative outreach through Opt IN USA is set up so participants can focus on relevant personal, local, state-wide, national, and/or internationalconcerns.  No matter their testament, it is packaged (through Opt IN USA hand-outs) as an international human rights crisis.  That approach circumvents the resistance legislators tend to have in response to the legal difficulties of their constituents, particularly family court matters.
Should you and your network of parent, child, and family rights activists deliver Opt IN USA congressional packages through meetings that my office coordinates, Opt IN USA will layer this new, effective message on their domestic quests for relief:America's failure to reasonably address the profit motive and child-trafficking inducements of its CPS funding as well as the notorious, rampant abuses of its Family Court Industrial Complex has precipitated numerous treaty violations and an international human rights crisis.
Here is the wonderful Catch 22 that Opt IN USA creates:   Any notion that we lack political clout or that there is no political will for the investigations and reforms we seek through Opt IN USA only affirms the need for average Americans to have the full protection of U.S. human rights treaties.
Please learn more by visiting www.thethirddegree.net and particularly the site's tab for Opt IN USA.  Feel free to contact me with any questions or comments.  I look forward to starting with U.S. district office meetings and moving to state legislature, U.S. District Attorney, House Judiciary Committee, U.S. Senate, and United Nations outreach with you and your colleagues.


Attorney Shawn McMillian wins in Orange County California against corrupt CPS workers. Proof that we are highlighting and working with good attorneys. He is an attorney that we refer to constantly and we hope to cover extensively in the future.
http://www.citizensdemandingjustice.org/2014/01/victory-shaw-mcmillian.html


Judge Mark Ciaverella in Pennsylvania was sentenced to 28 years in prison for his cash for kids program. His case is now a model for winning other cases nationwide.
http://www.citizensdemandingjustice.org/2015/08/judge-mark-ciavarella-sentenced-gets-28.html

Check out our other stories at http://www.citizensdemandingjustice.org
Posted by Walter Davis at 7:06 PM