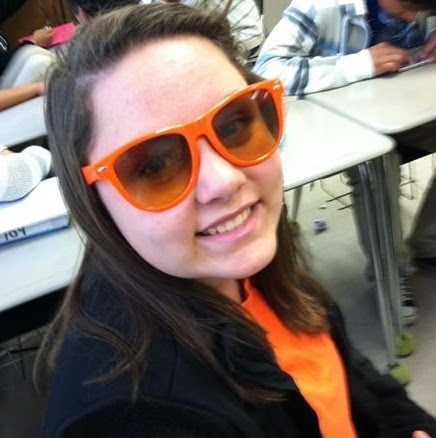 Makayla. Photo courtesy Norris family
by Health Impact News/MedicalKidnap.com Staff
Laine Norris of Alabama had good reason to refuse permission for her 15 year old daughter to be taken to DeKalb County Mental Health Center and be put on anti-depressants, as demanded by Child Protective Services. Both of Laine’s parents had been prescribed anti-depressants by that very facility – her mother at the age of 22, and her father at age 54, one year prior to the social worker’s demand. Both of her parents subsequently committed suicide after taking the medications.
Guardianship of her daughter Makayla was seized when Laine told them that she had made an appointment with the family’s doctor, instead. She reports that she told the social worker:

I went along with what y’all wanted me to do, but I’m drawing the line [at taking her to Dekalb County Mental Health Center]. I want my daughter back.

Makayla had been taken from her home the previous week in August of 2014 when she accused her mother of slapping her to a teacher at school. The incident was reported by the teacher but despite Makayla later recanting, the state didn’t believe her.
Her mother was told that the removal was temporary, just for Makayla to “cool down.” Laine said that the social worker gave her the choice of allowing Makayla to spend the night somewhere “for a night or two,” or they would take both Makayla and her younger brother, now 12, and place them into foster care. Then the reunification process would take at least 6 months. Laine did not believe she had any choice.
Under Alabama law child abuse is defined as “harm or threatened harm to a child’s health or welfare which can occur through nonaccidental physical or mental injury; sexual abuse or attempted sexual abuse; sexual exploitation or attempted sexual exploitation.” (See here.)
According to Laine she never slapped her daughter and Makayla admitted she lied about it. Makayla was upset about losing her phone for misbehaving. 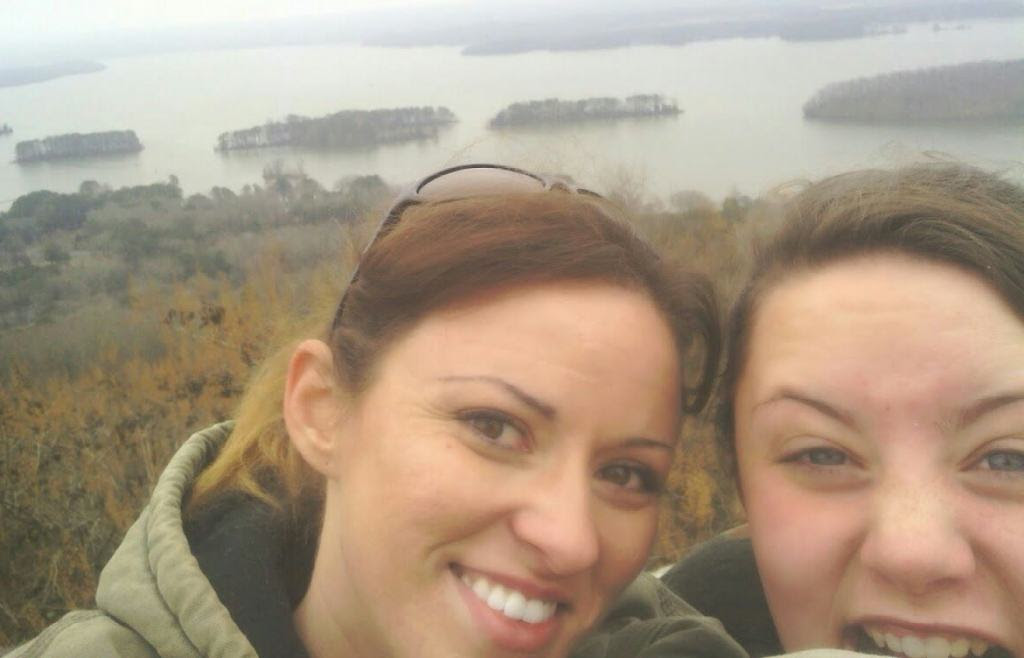 The Department of Human Resources (DHR) oversees child welfare in Alabama. They filed a petition against Laine in August of 2014, but allegedly never served Laine with it and never notified her of the hearing on it.
The hearing took place on August 28, 2014. Present at the hearing were Patrick L. Tate, attorney for DHR, Tommy French, Guardian Ad Litem, for the minor child, and Ellen Morrow, investigator for DHR. The court “granted protective supervision” over the minor child, and ordered the mother to comply with the services recommended by the department.
Laine was allegedly not present at the hearing and never agreed to their service plan, which contains many demands that she considers unreasonable and intrusive.
She voluntarily obtained parenting classes, counseling, and a psychological evaluation on her own; however, those were not deemed sufficient by DHR, who demanded that she utilize those services with their providers.
Even though Laine has never been accused of, or has any history of drugs, DHR wanted her to participate in a drug testing program that requires participants to call in each day. If they tell the participant that they must come in that day, she would be required to give a urine sample, with someone watching her the whole time. If she were to miss for any reason, she could be charged as guilty and jailed.
Also, included on the service plan that Laine did not sign were allegedly orders to have social workers come into her home, which she owned – debt-free – and teach classes on how to budget, shop, cook, and clean. She was to quit her job and get a different job, as well as get a different home. They reportedly wanted her to have a mental health assessment at the Dekalb Couny Mental Health Center, and agree to take any medications they may prescribe.
DHR states the mother is “extremely difficult to communicate with and is uncooperative.” It is important to note that the list of people listed as present at the petition hearing does not include an attorney for the mother, suggesting that she was never served with the petition, because her attorney would have been present.

Custody Given to People Family Believes Are Dangerous

Laine Norris and Joe Cason, engaged to be married, are struggling to pay the child support ordered by the court for Laine’s daughter who is now in the custody of Joe’s estranged sister and brother-in-law, Micky and Jacky Mashburn. The court has given Laine until November 30 to come up with almost $5,000. If she fails, they will put her in jail.
Recently, the foster mom, Mickey Mashburn, allegedly assaulted Laine’s son Wayne, a 12 year old boy. The assault was videotaped and law enforcement was called. DeKalb County sheriff’s office confirmed that procedurally they make the victim of crimes take the police reports they generate after a call of any incident to the district attorney’s (DA) office themselves and request prosecution. The sheriff told Laine to take it to the DA and try to press charges, but when they tried to show the video to the DA, Robert James, he allegedly refused to watch it. There were no charges brought against Mickey Mashburn for battery assault. The DA’s office was reportedly uncooperative in answering questions from Health Impact News as to what their reason would be for not watching the video.
According to Laine, her daughter was given to Mickey and Jacky Mashburn, because they already had custody of their two biological granddaughters, for whom they are collecting disability, food stamps, and other financial assistance. She had requested that DHR allow Makayla to go to Joe’s mother’s home instead, but was denied. DHR wanted her to go to the Mashburns instead, because they were already in the system.
Jacky is a former federal prison guard in the state of Alabama. Jacky is named in several lawsuits by prisoners for unfair practices against inmates. (See one case here.)
In December of 2014, DHR won custody of Makayla at a hearing where Laine was not present again. This time she failed to appear because the alternator in her car died and she had no transportation. She called Joe to come back to take her, but by the time he arrived, it was too late. She called her lawyer and was told it was “too late.” There were no taxis in Dekalb County, Alabama, in December of 2014. The current taxi company, Wolf’s Run Taxi, opened for business in 2015. Today the cost of that taxi ride would be approximately $40 each way. There were no trains, or buses to get there. Laine requested that the court send someone to get her, but they refused.
Laine says she was never served with the original petition for protection, nor was she informed of the hearing that took place on August 30, 2014, and therefore was denied due process. In her response to the petition, she demanded proof of any wrong doing.  No proof of child abuse has ever been given. Her rights have not been terminated; however, the Mashburns refuse to allow her to see her daughter.

Teenager Put on Anti-Depressants, Against Her Mother’s Will

According to Laine, without her approval, the state and the Mashburns now have her daughter Makayla on several medications that she did not approve, including anti-depressants. Makayla had never been depressed before and never needed medication for depression before. Laine is fearful for her daughter’s safety, due to her family history with anti-depressants, and the fact that the FDA has issued a black-box warning label on anti-depressants for use in adolescents. 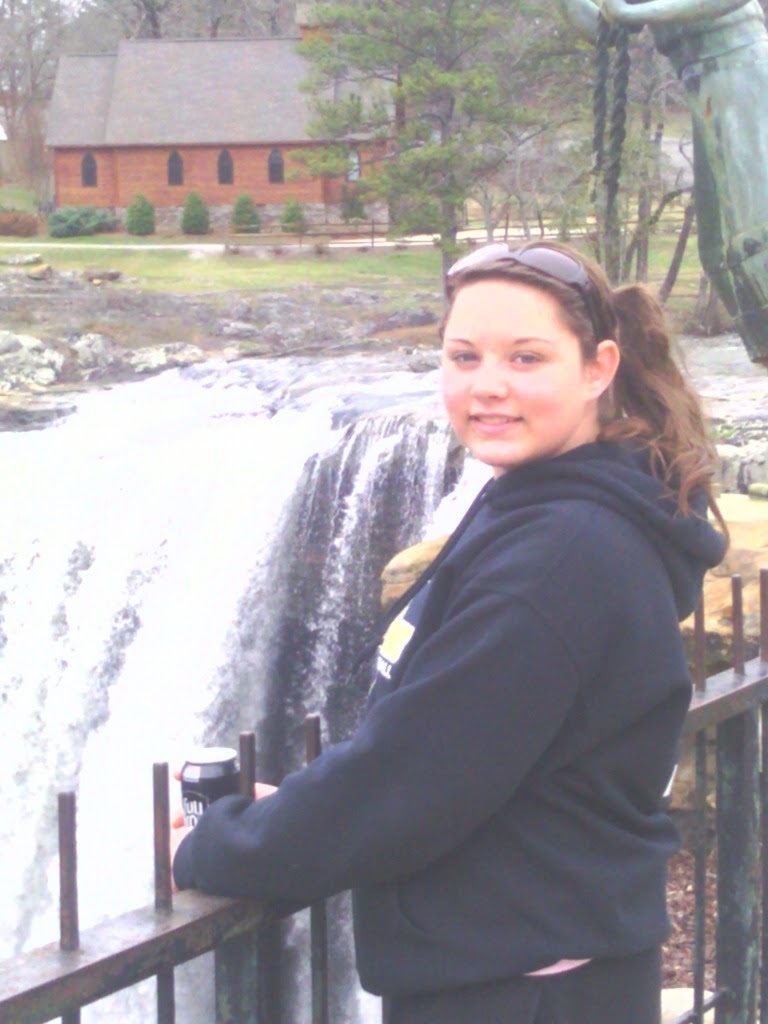 Given the malleability of the adolescent brain to environmental stimuli, exposure to psychotropic drugs during this developmental period can have unexpected short-term and enduring neural consequences.

They have also put her daughter on birth control without her mother’s consent.

Is Alabama Running a Debtor’s Prison in Dekalb County?

Laine Norris is due to go to jail on November 30th, 2015, unless she comes up with almost $5,000 in child support and interest. This includes a lump sum of “back child support” that was awarded to the Mashburns dating to the date that DHR placed Makayla in their custody. At that time, Laine reports that she was giving the Mashburns money for food and buying clothes for her daughter, outside of the court system.
Laine has only seen her daughter Makayla four times in the last year and a half. She is not allowed any visitation and has essentially lost her parental rights, except for the right to pay child support to the Mashburns. She notes the irony:

He has not paid one penny of child support for his first child, but yet he is suing me and I will go to jail on the 30th for not paying child support.

SPLC lawsuit: Alabama city operating debtors’ prison
Debtors’ Prisons Are Back. This Is The Fight To Get Rid Of Them.
In January of 2015, Laine filed a “Motion to Set Aside or in the alternative notice of Appeal and Request of Certification of Adequacy of Juvenile Court Record.” This motion declared that she was denied due process, that the court declared that she failed to appear when in fact she was late but was told it was too late, that the court erred in awarding Makayla to a nonparent, and asked for a new trial. Her motion was denied.

Warrant For Joe’s Arrest – They Are Terrified

It is Thanksgiving this week, his step-daughter’s 17th birthday is today, November 25, 2015, and the county wants him in jail. 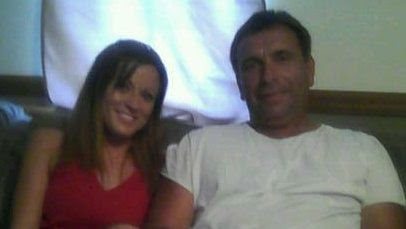 Laine and Joe. Photo courtesy Norris family.
On November 10, 2015, DeKalb County Alabama Sheriff’s department issued a warrant for the arrest of Joe Cason, Laine’s fiance, Makayla’s step-father-to-be. He is charged with harassment, and his bond is set at $500. Joe discovered the warrant on the sheriff’s website. He has no idea what the charges are for.
The Norris’ are worried that if they both go to jail, DHR will take away Laine’s younger son Wayne as well. They believe that this action is in retaliation for attempting to have the DA prosecute Mickey Mashburn for battery assault. Joe Cason is planning to turn himself into the sheriff’s office this morning, November 25, 2015, Makayla’s seventeenth birthday. Due to rumors of corruption and violence in DeKalb County jail, Laine is terrified for Joe’s well-being if he goes to jail.
According to Chief Deputy Michael Edmondson, any citizen can go to the county clerk, Pam Simpson, and present evidence requesting an arrest warrant. The clerk is the magistrate and has the power to decide whether or not sufficient evidence exists. The clerk also decides how much a bond should be. This position is an elected position that has a six year term.
Governor Robert Bentley’s office may be reached at 334-242-7100, or contacted here.
The family’s Senator is Clay Scofield. He may be reached at 334-242-7876, and contacted here.
Representative Becky Nordgren is their Congressman, and may be reached at 334-353-9032, and contacted here.
- See more at: http://medicalkidnap.com/2015/11/25/alabama-girl-medically-kidnapped-and-forced-on-drugs-parents-facing-jail-for-failure-to-pay-state-child-support/#sthash.XGhqPmwp.dpuf
Posted by Walter Davis at 5:31 PM