From the Desk of Jill Jones-Soderman #2

FROM THE DESK OF JILL JONES-SODERMAN #2 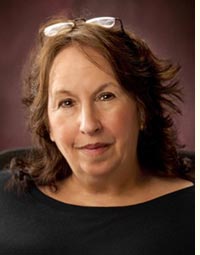 As per many years of work, observation, interaction and  expert witness experience with family courts across the United States that all levels of Judges, Referees...... are over worked as to the enormous case loads they are asked to handle. Salaries for the work load and enormity of significance of cases adjudicated are certainly not commensurate with the weight and impact of the responsibility that they handle.

We have no question that many Judges struggle to handle the enormity of their tasks with  ethical, judicial fairness, attention to the due process owed to litigants, lack of bias and  attention to scientific
rigor. On the other hand, the clients who reach the attention of the Foundation for the Child Victims of the Family Courts are individuals whom have abandoned their sacred trust to the public. These individuals handle cases by reducing case loads via transferring children to the highest bidder – that individual who can financially out bid the parent without matching funds to fight costly custody cases.
When custody is transferred to the parent with superior financial prowess, despite that parent's qualification, or in fact , despite that parent's qualification, this may be a means of in fact  reducing case loads because the parent whom has lost custody may be expected to not return to court.

The tactics for ganging up against one parent in favor of another involve the collusion of a team of court actors involving the Judge, lawyer, guardian ad litem (lawyer for the child) mental health staff, government agencies. This tactic may involve interventions such as delaying or denying a financially challenged parent legal counsel, even when that parent is legally/financially qualified to receive such service. Foundation staff have seen on multiple occasions court staff affiliate with one parent against another. Court staff will speak with the child/children in the custody of the identified preferred parent
with the parent present. The parent without custody has just had counsel appointment delayed or denied. The court personnel then state that they cannot speak to that parent because they do not have counsel – a clear contradiction in terms.

That parent in question may in fact, in court, choose to act as a pro se litigant, or for the purposes of dealing immediately with court personnel seeing their children have the right to act as a pro se litigant and not have to have an attorney. The court's delay or refusal for the “outcast” parent in fact leaves that parent totally impotent as to intervention in the process of providing information to court appointed staff. This level of bias, aided by a paucity of the court interviewers of children to know/understand the context and content/meaning of what information provided is nothing less than outrageous.

Another tactic, one of many is the capacity for court officials to, via ex parte communication behind the scenes, agree to deprive the challenged parent fighting for inclusion of their evidence, an accurate picture of the parent controlling court support and control of custody when that parent's character and motivation is seriously in question. The ability of different areas of the court as per differing Judicial authorities such as Domestic Violence Court, which may issue a Temporary or Permanent Restraining order, to agree to deprive a parent seeking court protection to in fact deprive the parent of that protection in order to support the pending case in Custody Court. Evidence submitted in Domestic court may be viewed as not rising to the bar of evidence necessary when in fact that evidence does rise to the bar of evidence. The capacity of Judges to be familiar with the nature of Risk Assessment, Medical information, Educational supports required by a child should not be subject to the OPINION
of the Judge who is to be the FINDER OF FACT  not the generator of opinion.

In the Expert Assessment of the Experts of the Foundation for the Child Victims of the Family Courts
no parent should ever enter family court without Expert Witness Testimony and NO JUDGE should ever be allowed to preside over critical technically based content without the independent judgment of an expert witness.

While there is much discussion maligning the expertise of expert witnesses being no more than   “HIRED GUNS,  ” TRUE EXPERTS  demonstrate their expertise by well documented hard evidence,
not psychobabble or hearsay.

The issue of education of judges related to mental health, parenting, risk assessment issues is limited to non existent. The educability of Judges is a subject of considerable study, generally indicating that Judges are highly resistant to entertaining objective knowledge.

Our observation of Judicial Opinion dating back to a first case awarding custody to a mother instead of a father because the Judge approved of the traditional mid western views of the mother and her family as opposed to the intellectually inquisitive “bohemian views” of the father is thoroughly contrary to anything other than arbitrary bias. THIS STANDARD OF ARBITRARY AND CAPRICIOUS WOULD NOT STAND UP TO APPROVAL IN CRIMINAL COURTS OR COURTS OF EQUITY, WHY SHOULD IT HOLD UP IN FAMILY COURT?
Posted by Walter Davis at 8:37 AM