I Am Not Your Negro

Posted by Walter Davis at 7:31 AM No comments:

Email ThisBlogThis!Share to TwitterShare to FacebookShare to Pinterest
Labels: Racism

Posted by Walter Davis at 3:32 PM No comments:

CEO pay increased 15% over 2019 thanks to recovering stock prices and performance-linked awards.

Increasing numbers of shareholders are voting down proposed changes to executive compensation.

CEOs at more than 300 of the top public companies in US received median pay of $13.7 million in 2020, up 15% from $12.8 million the year before, according to an analysis by the Wall Street Journal.

Executive pay rose thanks to a revived stock market and changes to compensation structures. Less than 10% of total pay was accounted for by salary for most CEOs, the Journal found. CEOs instead added to their pay from increases in the value of their shareholdings and performance-linked stock awards.

The analysis found executive pay increased for 206 of the 322 S&P 500 companies included in the research, using data from analytics firm MyLogIQ.

Chad Richison, CEO of Paycom Software Inc., took home $211 million in 2020, and was the highest-paid CEO in the data set, thanks to an award of 1.61 million restricted shares in November, which could be valued at more than $2 billion by 2030 if Richison meets stock-price targets.

The figure represents Richison's total compensation reported under the Securities and Exchange Commission (SEC) rules, including salary, bonuses, and multiyear stock and option awards. However, the future value of these awards can be underestimated if stock prices rise.

While Richison was the highest-paid on the list, other CEOs in the S&P 500 make far more money overall, such as Tesla CEO and world's second-richest person, Elon Musk.

Musk receives no annual salary or cash bonuses from the electric-car maker, instead receiving performance-based stock options which could net $55.8 billion if vested over the next few years. Musk added $140 billion to his net worth in 2020, as Tesla's stock price surged by more than 650%, although he is unable to access recent gains under his complex compensation plan.

In a year marked by unprecedented unemployment and damage to various industries, rocketing exec pay is turning off investors. Shareholders have so far rejected proposed pay changes at a dozen major firms, including at Starbucks, where investors cast a non-binding vote last month against awarding CEO Kevin Johnson a one-time bonus of $1.86 million for the 2020 fiscal year.

More than three-quarters of S&P 500 companies are still waiting to hold annual votes, according to earnings data firm Equilar.

Consulting firm Pay Governance found that companies disrupted by the pandemic were more likely to alter pay incentives for their executives, although a majority of firms did not.

Frank Del Rio, CEO of Norwegian Cruise Line Holdings Ltd., doubled his pay to $36.4 million while the company posted a $4 billion loss for 2020, for example. Del Rio's compensation was partly tied to a three-year contract renewal.

"We believe these changes were in the best interests of the company and secured Mr. Del Rio's continued invaluable expertise," a company spokesman told the Journal.

Nearly 17% of firms have received less than 70% shareholder support for executive pay measures in votes held since September, according to analysis by Equilar, up from 8% last year.

Posted by Walter Davis at 4:05 PM No comments: 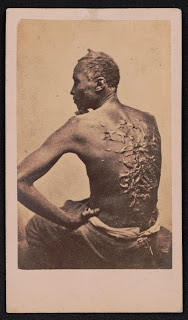 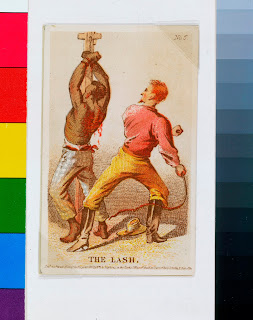 Posted by Walter Davis at 1:34 AM No comments:

Posted by Walter Davis at 2:58 PM No comments:

Posted by Walter Davis at 2:52 PM No comments: