Military Groups Blast Republicans For Killing A Bill To Support Veterans - Yahoo Finance
Posted by Walter Davis at 7:44 AM No comments:

Email ThisBlogThis!Share to TwitterShare to FacebookShare to Pinterest
Labels: RepublicanMilitaryBetrayal

We have lost a great leader.
Posted by Walter Davis at 8:45 AM No comments:

Email ThisBlogThis!Share to TwitterShare to FacebookShare to Pinterest
Labels: ChokcweLumumba


In 1690, in what is now the United States, there were criminal court cases involving child abuse.[1] In 1692, states and municipalities identified care for abused and neglected children as the responsibility of local government and private institutions.[2] In 1696, The Kingdom of England first used the legal principle of parens patriae, which gave the royal crown care of "charities, infants, idiots, and lunatics returned to the chancery." This principal of parens patriae has been identified as the statutory basis for U.S. governmental intervention in families' child rearing practices.[3]

In 1825, states enacted laws giving social-welfare agencies the right to remove neglected children from their parents and from the streets. These children were placed in almshouses, in orphanages and with other families. In 1835, the Humane Society founded the National Federation of Child Rescue agencies to investigate child maltreatment. In the late-19th century, private child protection agencies – modeled after existing animal protection organizations – developed to investigate reports of child maltreatment, present cases in court and advocate for child welfare legislation.[4]

In 1853, the Children's Aid Society was founded in response to the problem of orphaned or abandoned children living in New York.[5] Rather than allow these children to become institutionalized or continue to live on the streets, the children were placed in the first “foster” homes, typically with the intention of helping these families work their farms.[6][7]

In 1874, the first case of child abuse was criminally prosecuted in what has come to be known as the "case of Mary Ellen." Outrage over this case started an organized effort against child maltreatment[8] In 1909, President Theodore Roosevelt convened the White House Conference on Child Dependency, which created a publicly funded volunteer organization to "establish and publicize standards of child care."[6] By 1926, 18 states had some version of county child welfare boards whose purpose was to coordinate public and private child related work.[7] Issues of abuse and neglect were addressed in the Social Security Act in 1930, which provided funding for intervention for “neglected and dependent children in danger of becoming delinquent.” [8]

In 1912, the federal Children's Bureau was established to manage federal child welfare efforts, including services related to child maltreatment. In 1958, amendments to the Social Security Act mandated that states fund child protection efforts.[9] In 1962, professional and media interest in child maltreatment was sparked by the publication of C. Henry Kempe and associates' "The battered child syndrome" in JAMA. By the mid-1960s, in response to public concern that resulted from this article, 49 U.S. states passed child-abuse reporting laws.[10] In 1974, these efforts by the states culminated in the passage of the federal "Child Abuse Prevention and Treatment Act" (CAPTA; Public Law 93-247) providing federal funding for wide-ranging federal and state child-maltreatment research and services.[11] In 1980, Congress passed the first comprehensive federal child protective services act, the Adoption Assistance and Child Welfare Act of 1980 (Public Law 96-272), which focused on state economic incentives to substantially decrease the length and number of foster care placements.[12]
Partly funded by the federal government, Child Protective Services (CPS) agencies were first established in response to the 1974 CAPTA which mandated that all states establish procedures to investigate suspected incidents of child maltreatment.[13]

In the 1940s and 1950s, due to improved technology in diagnostic radiology, the medical profession began to take notice of what they believed to be intentional injuries.[14] In 1961, C. Henry Kempe began to further research this issue, eventually identifying and coining the term battered child syndrome.[14] At this same time, there were also changing views about the role of the child in society, fueled in part by the civil rights movement.[7]

In 1973, Congress took the first steps toward enacting federal legislature to address the issue of child abuse. The Child Abuse Prevention and Treatment Act[15] was passed in 1974, which required states "to prevent, identify and treat child abuse and neglect."[8]

Shortly thereafter, in 1978, the Indian Child Welfare Act (ICWA) was passed in response to concerns that large numbers of Native American children were being separated from their tribes and placed in foster care.[16] This legislation not only opened the door for consideration of cultural issues while stressing ideas that children should be with their families, leading to the beginnings of family preservation programs.[17] In 1980, the Adoption Assistance Act[18] was introduced as a way to manage the high numbers of children in placement.[7] Although this legislation addressed some of the complaints from earlier pieces of legislation around ensuring due process for parents, these changes did not alleviate the high numbers of children in placement or continuing delays in permanence.[17] This led to the introduction of the home visitation models, which provided funding to private agencies to provide intensive family preservation services.[7]

In addition to family preservation services, the focus of federal child welfare policy changed to try to address permanence for the large numbers of foster children care.[17] Several pieces of federal legislation attempted to ease the process of adoption including Adoption Assistance Act;[18] the 1988 Child Abuse Prevention, Adoption, and Family Services Act; and the 1992 Child Abuse, Domestic Violence, Adoption, and Family Services Act.[19] The 1994 Multi-Ethnic Placement Act, which was revised in 1996 to add the Interethnic Placement Provisions, also attempted to promote permanency through adoption, creating regulations that adoptions could not be delayed or denied due to issues of race, color, or national origin of the child or the adoptive parent.[20]

All of these policies led up to the 1997 Adoption and Safe Families Act (ASFA), much of which guides current practice. Changes in the Adoptions and Safe Families Act showed an interest in both protecting children’s safety and developing permanency.[20] This law requires counties to provide "reasonable efforts" (treatment) to preserve or reunify families, but also shortened time lines required for permanence, leading to termination of parental rights should these efforts fail.[7][20] ASFA introduced the idea of "concurrent planning" which demonstrated attempts to reunify families as the first plan, but to have a back-up plan so as not to delay permanency for children.[21] 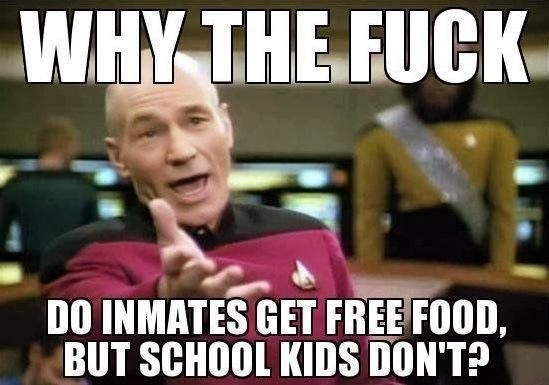 Posted by Walter Davis at 4:54 PM No comments:

Email ThisBlogThis!Share to TwitterShare to FacebookShare to Pinterest
Labels: 1History of CPS

PHOENIX — Gov. Jan Brewer abolished Arizona’s beleaguered Child Protective Services on Monday, immediately transferring the task of safeguarding abused and neglected children to a new cabinet-level division over which she will have direct oversight.
The move, unveiled at the governor’s State of the State address, is part of an overhaul aimed at fixing the problems that have plagued the state’s child welfare system for years, though none of them quite like last month’s revelation that more than 6,500 complaints of abuse received by the agency’s hotline had been shelved before any investigation.
Ms. Brewer has been under intense pressure from child welfare advocates, as well as legislators from both parties, including some of her closest allies, who have long sought the reorganization of Child Protective Services under a separate structure. The agency operates under the largest of the state’s bureaucracies, the Department of Economic Security, which oversees dozens of safety-net programs, including cash assistance and health care benefits for the poor.
“It is evident that our child welfare system is broken, impeded by years of structural and operational failures,” said Ms. Brewer, a Republican.
The change requires legislative approval, but it is unlikely to face significant opposition, given that it is the type of reorganization that most of her critics had sought. Ms. Brewer did not say how the agency would be funded.
The new agency, the Division of Child Safety and Family Services, will handle complaints and investigations of abuse and neglect, which have hit record numbers since the state’s economy crashed in 2009, as well as foster care and adoption.
Charles Flanagan, director of the Arizona Department of Juvenile Corrections, will be in charge. He leads the team of legislators, prosecutors, child welfare advocates and state officials overseeing the inquiry into the ignored hotline complaints.
Posted by Walter Davis at 3:41 PM No comments:

Posted by Walter Davis at 3:23 PM No comments:

This Sheet Shows Exactly How Much McDonald's Menu Costs

This Sheet Shows Exactly How Much McDonald's Menu Costs
Posted by Walter Davis at 1:13 PM No comments: