Posted by Walter Davis at 1:02 PM No comments:

Posted by Walter Davis at 9:19 PM No comments: 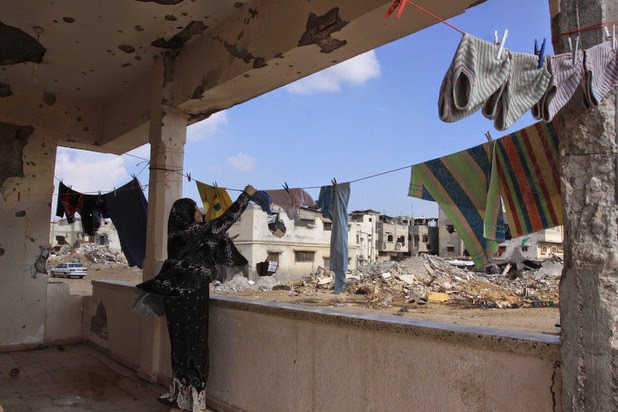 Posted by Walter Davis at 11:18 AM No comments:

Email ThisBlogThis!Share to TwitterShare to FacebookShare to Pinterest
Labels: Palestine

Posted by Walter Davis at 10:56 AM No comments:

Posted by Walter Davis at 9:22 AM No comments:

Email ThisBlogThis!Share to TwitterShare to FacebookShare to Pinterest
Labels: Videos

Your Illness Is Big Pharma’s Profit | Ring of Fire

Your Illness Is Big Pharma’s Profit | Ring of Fire
Posted by Walter Davis at 7:40 AM No comments:

Post by Robert Reich.
Posted by Walter Davis at 6:06 AM No comments:

Email ThisBlogThis!Share to TwitterShare to FacebookShare to Pinterest
Labels: Robert Reich, The War on the Poor

The Business of Disease official trailer 2013

Posted by Walter Davis at 10:22 PM No comments:

Email ThisBlogThis!Share to TwitterShare to FacebookShare to Pinterest
Labels: The Business of Disease, Videos

Posted by Walter Davis at 9:50 AM No comments:

Email ThisBlogThis!Share to TwitterShare to FacebookShare to Pinterest
Labels: Israel

Posted by Walter Davis at 3:21 PM No comments:

The men who crashed the world

Posted by Walter Davis at 9:53 AM No comments:

The Dark Side of a Pill: The Fraud of Psychotropic Drugs

The Dark Side of a Pill. Movie explores suicide and aggression with regard to pharmaceuticals.

Suicide and aggression caused by psychotropic pills.
Posted by Walter Davis at 11:41 PM No comments:

Posted by Contemporary Seniors at 8:30 PM No comments:

Posted by Walter Davis at 6:37 PM No comments:

'Politicians put us at war but people just want a normal life' – Queen's...

Posted by Walter Davis at 6:32 PM No comments:

Cop's raid a man's home for marijuana plants, find out it's Okra

Cop's raid a man's home for marijuana plants, find out it's Okra
Posted by Walter Davis at 10:16 AM No comments:

Getting Teen-agers out of Solitary at Rikers - The New Yorker

Getting Teen-agers out of Solitary at Rikers - The New Yorker


In this week’s New Yorker,
I wrote about a sixteen-year-old boy from the Bronx named Kalief Browder,
who was accused of robbery and confined on Rikers Island. He stayed there for three years,
waiting for a trial that never happened. For the majority of that time, he was in solitary
confinement, locked in a cell all day every day, with little to do besides read, sleep, mark the
time until his next court date, and listen through a vent to his mentally ill neighbor talking
to himself.
On Sunday, the Times reported that the New York City Department of Correction is planning to
eliminate solitary confinement for sixteen- and seventeen-year-olds by the end of 2014.
This decision marks the most significant step yet taken by the New York City jails
commissioner Joseph Ponte to “end the culture of excessive solitary confinement,” which was
the promise he made six months ago, when Mayor Bill de Blasio appointed him.


In recent years, jail and prison systems elsewhere in the country have reduced their use of
solitary confinement, but New York City moved in the opposite direction. The total number of
solitary-confinement beds grew by sixty per cent between 2007 and 2013. And in early August,
the office of the U.S. Attorney for the Southern District of New York released a devastating
report in which it criticized jail officials for using solitary “to manage and control disruptive
adolescents” by locking them in cells for twenty-three hours a day, “at an alarming rate and
for excessive periods of time.”
Browder was one of these adolescents; between 2010 and 2013, he spent about two years in
solitary. Most often, he was imprisoned in Rikers’s main solitary-confinement unit, which is
officially called the Central Punitive Segregation Unit, but which everyone on Rikers refers to as
the Bing. The Bing has four hundred cells, laid out along two-story tiers, each cell about twelve
feet by seven. Bing inmates rarely step out of their cells except to go to court, to the shower, or to
the visit room. Bing inmates are supposed to be allowed to go outside for an hour of recreation
every day. But, as Browder explained to me, this wasn’t really the way it worked, at least not in
the time that he was there.
For Bing inmates, “rec” took place outdoors, in an empty twenty-two-by-eleven-foot metal cage,
each inmate locked in by himself, with nothing to do except shout to other prisoners and count
the weeds. Many Bing inmates skipped it, since they had to be standing at their cell door at
around 5:30 A.M.in order to flag down an officer when he walked by. “You take a step away
from your cell door to use the bathroom, and you just see a shadow speed walk by. Then you go
to the door, and you try to tell him you want to go to the yard, and he’ll say, ‘I passed your cell
already,’ ” Browder told me. “I used to say to myself, What’s the point of putting up with that?
I’m just going to go to sleep.”
In the past six months, I spent hours listening to Browder describe his days in the Bing.
He was arrested for robbery in the spring of 2010, ten days before his seventeenth birthday,
when a stranger pointed him and his friend out to the police, accusing the pair of robbing him a
week or two earlier. Browder insisted that he was not guilty, refused multiple plea offers, and
finally had his case dismissed—but only after he had endured more than a thousand days on
Rikers. Even though I had written about the Bing in the past, and visited it some fifteen years
ago, I found many of the stories Browder told me about his time in solitary not only deeply
disturbing but also surprising.
Browder’s experience was not so unusual, though. A July report by the Board of Correction,
which monitors conditions in New York City’s jails, found that less than ten per cent of the
Bing’s prisoners went outside on any given day. “While some prisoners are passing up the
opportunity to participate in recreation—principally because there is virtually nothing to do
outside other than stand around—many more prisoners never even have the opportunity to decide
whether or not to go outside,” the report stated.
Then there was the matter of phone calls. Browder said that Bing inmates got one six-minute
call a day. If you called your mother or your girlfriend or your lawyer, and the call went
straight to voicemail, too bad; there was no second call. You had to wait until the next day,
when the officer brought you the phone once again. During one of his stays in the Bing, Browder
told me, there was an officer who he’d clashed with who would taunt him through the cell
window. “He never used to let me use the phone,” Browder said. But then, one day, he came
to the door and said, “Do you want to use the phone today? Enjoy your phone call.”

At first, Browder didn’t think anything was amiss. Then he tried to call his mom, and discovered
that he could not get through. It seemed that somebody had reprogrammed her number. Instead
of his mother’s voice, he heard someone “asking me about what DVDs I wanted to order.”
He recalls, “It got me mad, because we get one phone call a day, and I wasted the phone call
calling—I think it was Netflix.” Afterward, he says, the officer came to his cell window once
again: “He was like a little kid, coming to my cell. ‘Did you like your phone call?’ ”
Again, Browder wasn’t the only inmate who had this experience. A new report by the Bronx
Defenders, a nonprofit organization that represents poor defendants, recounts similar tales.
“Lacquan, a 20-year-old client with a history of mental illness, discovered on multiple occasions
that correction officers had reprogrammed his mother’s phone number to fast-food
restaurants,” the report states. “When Lacquan protested, they would taunt him and then
tell him that his phone call was over.”
Jail officials say that there are now fifty-one inmates in solitary confinement between sixteen
and seventeen years old. By January 1st, that number should be down to zero, if jail officials
follow through on their promise. Meanwhile, the months that Browder spent locked in the
Bing left him with his own theories about the power dynamics of solitary. In his view, its very
setup insured that guards who wanted to dole out extra punishment to inmates—deprive them
of the phone or rec or even food—could get away with it. Among the general jail population,
Browder said, “they’ll do their job, because they know the inmates will jump on them. But in
solitary confinement, they know everybody is locked in, so they curse at us, they talk
disrespectful to us, because they know we can’t do nothing.”
Posted by Walter Davis at 5:43 PM No comments:

Three Years on Rikers Without Trial

Three Years on Rikers Without Trial
Posted by Walter Davis at 5:37 PM No comments:

Posted by Walter Davis at 5:25 PM No comments:

Papantonio: Labor Can Save The Middle Class

Posted by Walter Davis at 4:53 PM No comments:

Posted by Walter Davis at 4:40 PM No comments: