Americans in Jeopardy -Opt In USA

Thank you for visiting this site. Please download the Americans in Jeopardy report here

(Visit http://www.TheThirdDegree.net to learn more about our efforts to end Judicial Self Policing) 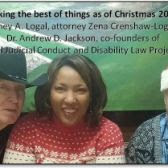 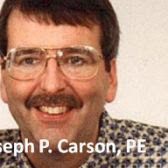 February 5 at 6:43am
Judicial self-policing is failing America. The devastation of countless Americans is a byproduct of our sweeping judicial autonomy and its corrupting effect. But the vindication of these embattled masses -- including some of our most disadvantaged AND accomplished Americans -- begins with widespread acceptance that justice in the U.S. has become an unduly sporadic collection of isolated instances; more exceptions than the proverbial rule.
A once unimaginable truth is that America has drifted far from (and many would say has abandoned) a fair and impartial administration of justice. When that reality is widely accepted, the good people of America can begin to grapple with the relevant harm done and imagine how to make amends as a nation. Our major candidates for U.S. president have yet to suggest as much, but to the extent it is lacking due to inadequate judicial oversight, that is when America will be great again.
Each Opt IN USA participant conveys these basic messages through legislative outreach coordinated by Opt IN USA administrators: (1). I'm against U.S. legal system abuse; (2). I am and/or I know of people being abused through U.S. court proceedings; (3). the problem is systemic and epidemic and we want it promptly investigated with appropriate solutions promptly implemented; and (4). those solutions should include the option of international oversight for Americans subjected to human rights and anti-torture treaty violations by U.S. government officials such as those of us subjected to The Third Degree.
Learn more about and join our efforts
@